A small capital with cobbled streets, classic pubs and a huge reputation

Aiming to compete internationally with South Africa's Garden Route and America's Pacific Highway, The Wild Atlantic Way is a tourism trail on the west coast, and on parts of the north and south coasts of the Republic of Ireland.

The 2,500 km (1,553 mile) driving route passes through nine counties and three provinces and stretches from Malin Head in County Donegal to the Old Head of Kinsale in County Cork.

Ireland's tourist industry wants to attract tourists to what it claims is the "World's longest defined coastal driving route".

Along the route there are 157 discovery points, 1,000 attractions and more than 2,500 activities. The route was officially launched in 2014 by Minister of State for Tourism and Sport, Michael Ring.

The route is broken down into 6 sections. 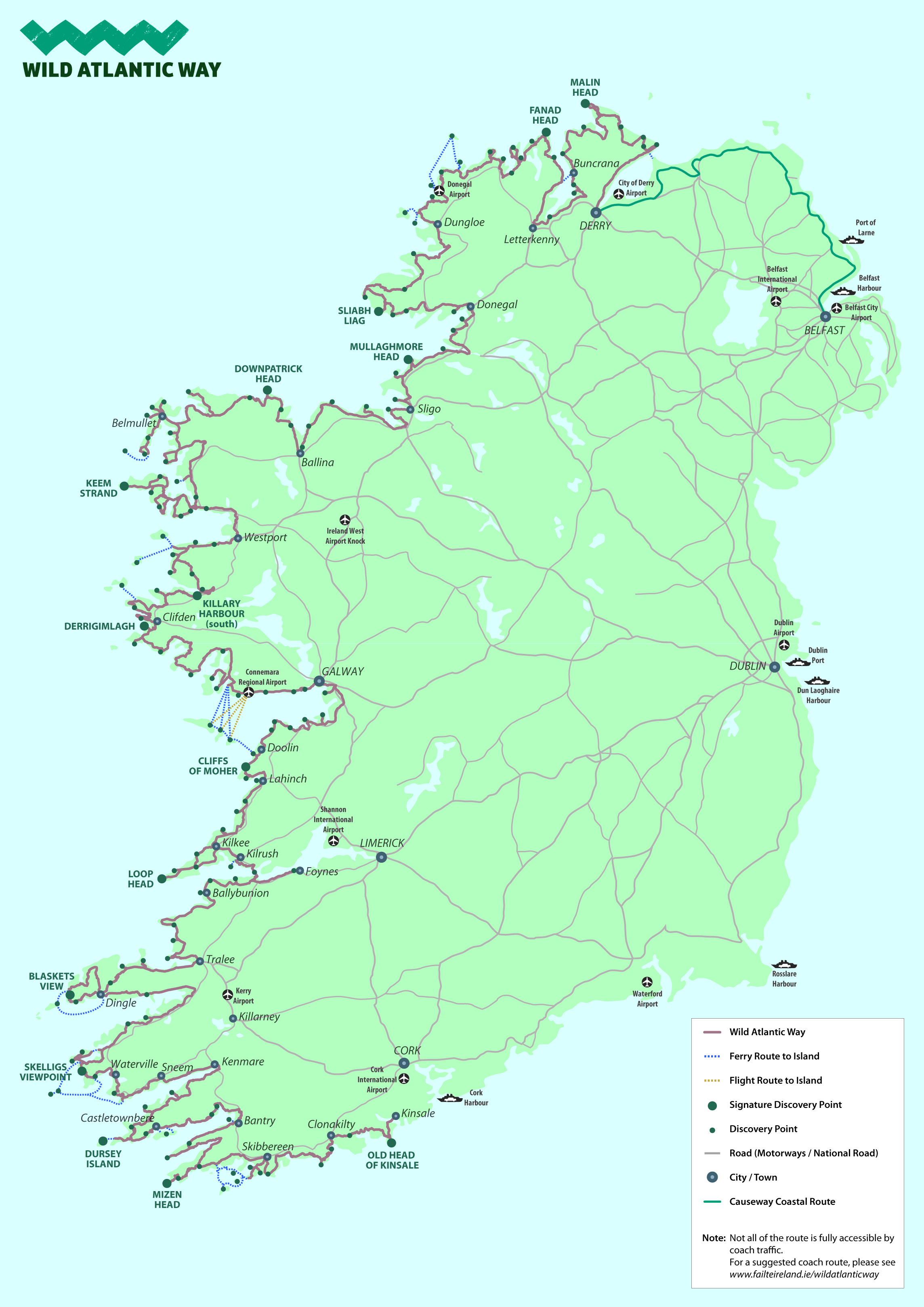 The West - Counties Mayo and Galway


The West - Counties Mayo and Galway

Lots of information can be found on the official website and it includes a handy trip planner to help you on your way.

Ireland has over 400 golf clubs. Courses such as Royal County Down, Royal Portrush, Portmarnock and Ballybunion Golf Course are renowned worldwide - Read more

Irish Castles, misty hills and ancient sites. In Ireland, history is everywhere. But in some places, there is a strong connection with the past - Read more

Irish step dancing, popularised in 1994 by the world-famous show Riverdance, is notable for its rapid leg and foot movements, body and arms being kept largely stationary - Read more

There is more to Ireland than countryside and rocks, as any number of attractions in Dublin, such as Trinity College and the Guinness Storehouse in Dublin will confirm - Read more

With 26 racecourses to choose from, going racing in Ireland is a rather unique experience. For so many years, Ireland has been a dominant force on the world's racing stage - Read more